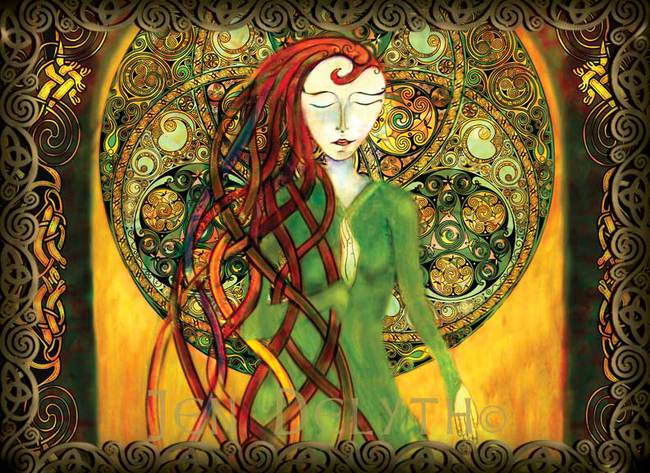 This has always brought me comfort in times when I have felt alone. I am so thankful for all of the people in my life and all of the memories we share and cherish, knowing that each day could be our last, no one should ever feel alone and we need to remember to tell our friends and loved ones how much they mean to us and that we are always there for them!

FOR ALL MOMS (PRESENT, PAST OR POSSIBLY FUTURE)
AND MOMS AT HEART (FATHERS) 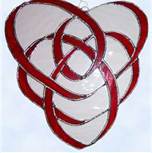 We are sitting at lunch when my daughter casually
mentions that she and her husband are thinking of
“starting a family.”

“We’re taking a survey,” she says, half-joking. “Do
you think I should have a baby?”

“It will change your life,” I say, carefully keeping
my tone neutral. “I know,” she says, “no more
sleeping in on weekends, no more spontaneous
vacations….”

But that is not what I meant at all. I look at my
daughter, trying to decide what to tell her. I want
her to know what she will never learn in childbirth
classes. I want to tell her that the physical wounds
of child bearing will heal, but that becoming a
mother will leave her with an emotional wound so raw
that she will forever be vulnerable.

I consider warning her that she will never again
read a newspaper without asking “What if that had
been MY child?” That every plane crash, every house
fire will haunt her. That when she sees pictures of
starving children, she will wonder if anything could
be worse than watching your child die.

I look at her carefully manicured nails and stylish
suit and think that no matter how sophisticated she
is, becoming a mother will reduce her to the
primitive level of a bear protecting her cub.

That an urgent call of “Mom!” will cause her to drop
a souffle or her best crystal without a moment’s
hesitation.

I feel I should warn her that no matter how many
years she has invested in her career, she will be
professionally derailed by motherhood.

She might arrange for childcare, but one day she
will be going into an important business meeting and
she will think of her baby’s sweet smell. She will
have to use every ounce of her discipline to keep
from running home, just to make sure her baby is all
right.

I want my daughter to know that everyday decisions
will no longer be routine. That a five year old
boy’s desire to go to the men’s room rather than the
women’s at McDonald’s will become a major dilemma.
That right there, in the midst of clattering trays
and screaming children, issues of independence and
gender identity will be weighed against the prospect
that a child molester may be lurking in that
restroom.

However decisive she may be at the office, she will
second-guess herself constantly as a mother.

Looking at my attractive daughter, I want to assure
her that eventually she will shed the pounds of
pregnancy, but she will never feel the same about
herself. That her life, now so important, will be of
less value to her once she has a child. That she
would give it up in a moment to save her offspring,
but will also begin to hope for more years — not to
accomplish her own dreams, but to watch her child
accomplish theirs.

I want her to know that a cesarean scar or shiny
stretch marks will become badges of honor. My
daughter’s relationship with her husband will
change, but not in the way she thinks. I wish she
could understand how much more you can love a man
who is careful to powder the baby or who never
hesitates to play with his child. I think she should
know that she will fall in love with him again for
reasons she would now find very unromantic.

I wish my daughter could sense the bond she will
feel with women throughout history who have tried to
stop war, prejudice and drunk driving.

I hope she will understand why I can think
rationally about most issues, but become temporarily
insane when I discuss the threat of nuclear war to
my children’s future.

I want to describe to my daughter the exhilaration
of seeing your child learn to ride a bike. I want to
capture for her the belly laugh of a baby who is
touching the soft fur of a dog or a cat for the
first time. I want her to taste the joy that is so
real, it actually hurts.

My daughter’s quizzical look makes me realize that
tears have formed in my eyes. “You’ll never regret
it,” I finally say. Then I reach across the table,
squeeze my daughter’s hand and offer a silent prayer
for her, and for me, and for all of the mere mortal
women who stumble their way into this most wonderful
of callings. This blessed gift from God . . . that
of being a Mother.

Both light and shadow
are the dance of Love.

Love has no cause;
it is the astrolabe of God’s secrets.

Lover and Loving are inseparable
and timeless.

Although I may try to describe Love
when I experience it I am speechless.

Although I may try to write about Love
I am rendered helpless;
my pen breaks and the paper slips away
at the ineffable place
where Lover, Loving and Loved are one.

Every moment is made glorious
by the light of Love. A lover asked his beloved,
Do you love yourself more
than you love me?

The beloved replied,
I have died to myself
and I live for you.

I’ve disappeared from myself
and my attributes.
I am present only for you.

I have forgotten all my learning,
but from knowing you
I have become a scholar.

I have lost all my strength,
but from your power
I am able.

The moment I heard my first love story I began seeking you,
not realizing the search was useless.
Lovers don’t meet somewhere along the way.
They’re in one another’s souls from the beginning.

Standard
Before we met, you and I were halves unjoined except in the wide

rivers of our minds.  We were each other’s distant shore, the

opposite wings of a bird, the other half of a seashell.  We did not

know the other then, did not know our determination to keep alive

the cry of one riverbank to the other.  We were apart, yet connected

in our ignorance of each other, like two apples sharing a common

freedom to yours.  Our paths collided long enough for our indecision

to be swallowed up by the greater need of love.  When you came to me,

bless the union of two spirits, so alike that the creator had designed them

clothed in summer blossoms so the icy hand of winter never touches us.

I thank your patience.  Our joining is like a tree to earth,

a cloud to sky and even more.  We are the reason the world can laugh

on its battlefields and rise from the ashes of its selfishness to hear me say,

in this time, this place, this way – I loved you best of all.
Standard

I love you.
You are my best friend.
I promise to encourage and inspire you,
to laugh with you, and to comfort you
in times of sorrow and struggle.
I promise to love you in good times and in bad,
when life seems easy and when it seems hard,
when our love is simple, and when it is an effort.
I promise to cherish you,
and to always hold you in highest regard.
These things I give to you today,
and all the days of our life.

As we stand beside the ocean tide,
may our love always be as constant and unchanging
as these never-ending waves that pour beneath our feet,
flowing endlessly from the depths of the sea;
your love came softly upon my heart,
just as the foam comes softly upon the sand,
and just as there will never be a morning
without the ocean’s flow,
so there will never be a day
without my love for you.
I pledge myself to you this day.
Our love will be as unchanging
and dependable as the tide;
as these waters nourish the earth
and sustain life, may my constant devotion
nourish and sustain you
until the end of time.

Treat yourselves and each other with respect, and
remind yourselves often of what brought you together.
Give the highest priority to the tenderness,
gentleness and kindness that your connection deserves.
When frustration, difficulties and fear assail your relationship, as
they threaten all relationships at one time or another,
remember to focus on what is right between you,
not only the part which seems wrong.
In this way, you can ride out the storms when
clouds hide the face of the sun in your lives –
remembering that even if you lose sight
of it for a moment, the sun is still there.
And if each of you takes responsibility for
the quality of your life together,
it will be marked by abundance and delight.